Since the sea can be very rough here, this tour depends on weather and waves.

The first in the chain of islands, recognizable by a shiny 200-meter cliff in the south. A large flooded depression opening to the sea on the western side forms a sheltered spot. The sunken rock needles „Bomb Rock“ and „Zaccharias Rock“ in the north of the island show amazing coral growth, and „Kalokoki“ is a gently sloping reef with incredibly colorful soft corals. 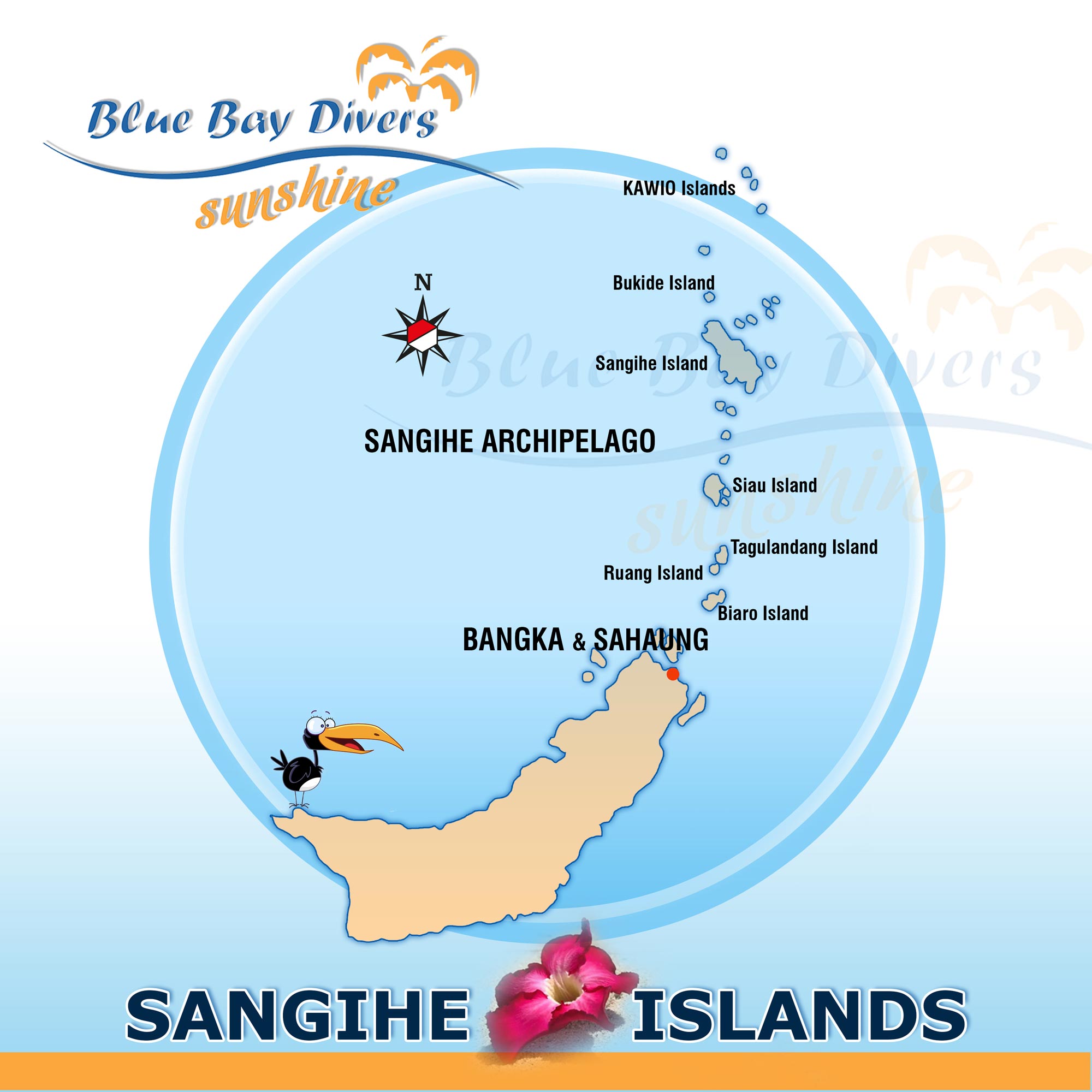 These two islands offer several good dive sites. Around the two lava rivers off Ruang there are large schools of fish; black lava rocks form an impressive contrast to the colourful marine life. Siau Island: At night you might see the crater of Karangetang volcano glowing, it is one of the most active volcanoes in Indonesia. Therefore it can be that you hear a slight rumbling while diving – then the volcano rumbles again. The underwater biotope here is as diverse as on the steep wall off Batu Lehi, which also has a hot spring on the beach.

These small islands have an underwater volcano that reaches from over 500 metres deep to just below the surface. Another large volcano forms the southern end of Sangihe Island. Diving here is simply stunning due to the island‘s remoteness and visibility in crystal clear waters of up to 40 metres.