Bangka island is located in North Sulawesi, Indonesia between Bunaken Marine Park and Lembeh Strait and offers world class coral reef diving with some of Indonesia’s most colorful soft corals and reef fish. News of illegal mining activity on Bangka island first surfaced early October, 2011. This company bribed it’s way onto the island then bullied local people to sell their land. Several dive operators and local villagers banded together as volunteers to form the Bangka Conservation Fund and have dedicated themselves to stopping this potential mine. 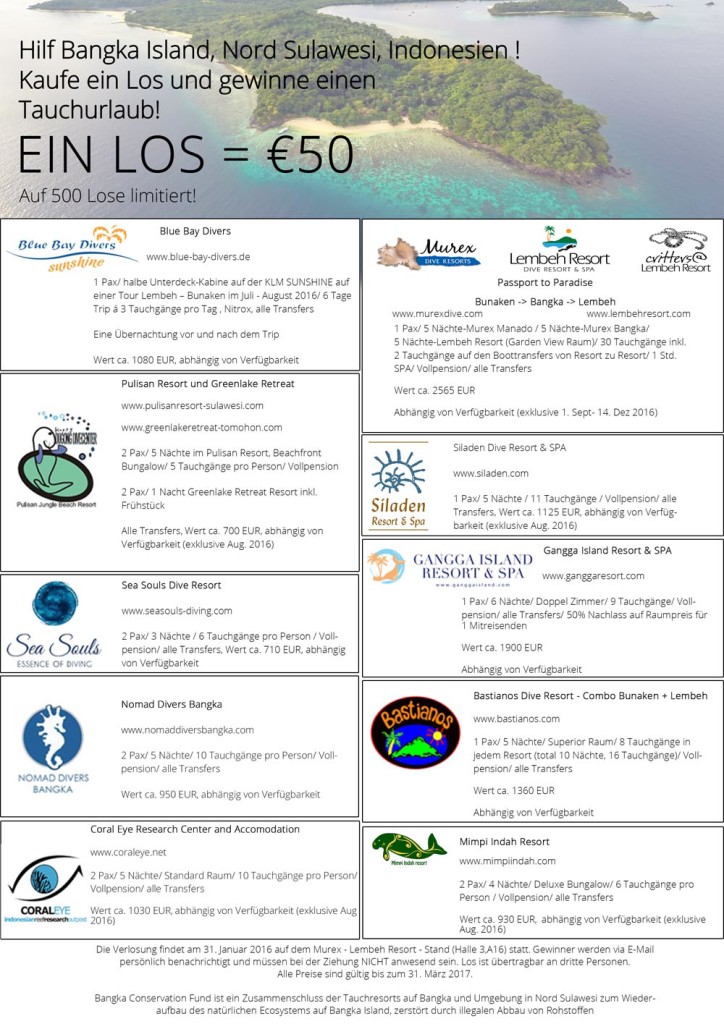 We won. All construction on the island has stopped. THE ACTUAL MINE NEVER STARTED.

The Supreme Court in Jakarta ruled against the mine on three separate decisions. North Sulawesi now has a new governor and the region where Bangka resides has a new mayor both pro-tourism development and pro-environment. However, the battle is not totally over. There is still a chance the foreign mine company will appeal and counter sue.

This raffle seeks support to ensure funds are available to replant mangroves along the coast and trees on land to prevent soil erosion. Soil erosion will smother the reef and choke coral to death. Together we can prevent this from happening. This raffle will also be used for a potential appeal. €50. Per Raffle Ticket is tax deductible and will directly support the Bangka Conservation Fund. There are no employees, no administration fees. Your donation goes directly to planting a tree.

Buy your tickets at the following spots at BOOT 2016:

The drawing of the winning tickets will be done on 31.01.2016 at the Murex booth in Hall3 3m BOOTH A16. Winners will be informed by email. 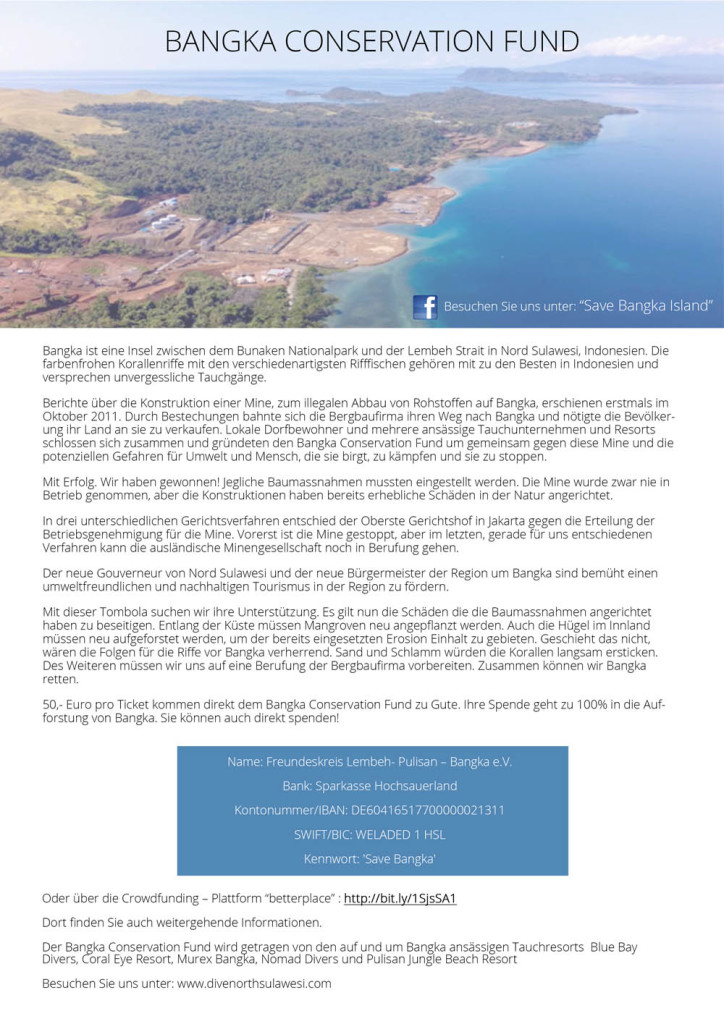